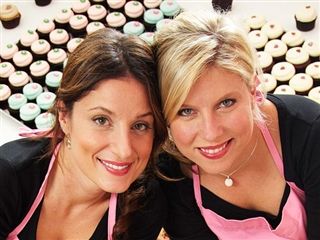 Sisters, Katherine Kallinis-Berman and Sophie Kallinis-LaMontagne—who graduated from Ridley two years apart—are the co-founders of Georgetown Cupcake, stars of the hit series DC Cupcakes on TLC, and best-selling authors of The Cupcake Diaries and Sweet Celebrations.