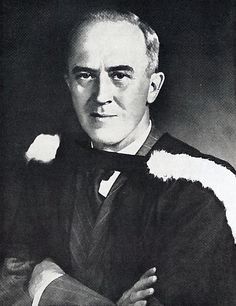 Coming to Ridley as a science teacher in 1922, when he died suddenly in the fall of 1961, Dr. Hamilton had been at Ridley for 39 years. A true student of science, he not only continued to teach when he became Headmaster, he personally kept abreast of dramatic advances in such areas as nuclear physics, electronics and industrial chemistry. He saw to it that the science department was staffed by the most highly qualified men Ridley could attract.

It was ‘Hammy's’ nature to take nothing lightly. If he felt an aspect of the school lacking, he immediately sought advice and action. If he felt individuals were not responding to the School's challenge, he made a personal appeal to them. His sudden death was a shock to his family and the entire Ridley community—but they could be comforted knowing that the years he had given to the school were good ones, with special value because of his vision and faith.