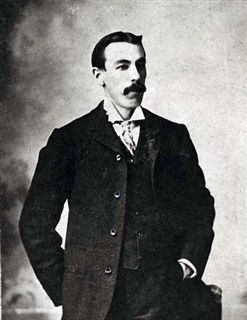 ‘Harry’ Griffith entered Ridley as a student on the day the school opened in September 1889. He attended Trinity College and returned to Ridley as modern language master in 1889. In 1903, Ridley won its first Little Big Four football championship. The team consisted of a large number of first year players, but justified credit for the winning season was given to Coach Griffith. He was already displaying the football knowledge that would later make him one of the greatest coaches in the history of the University of Toronto.

In 1907, Griffith left Ridley to teach French and coach varsity football at the U of T. His triumphs there made him a coach of national standing, and the winning coach of the first Grey Cup game in 1909 between the University of Toronto Blues and Toronto Parkdale. In 1911, he returned to Ridley—and this time for good. In 1921, Griffith was appointed Principal of the Upper School, the first instance in Canada in which an Old Boy had been appointed principal of his school. In 1932, he was named Headmaster.

Griffith was a forceful man who would drive constantly for great physical additions to Ridley. His skill as a football coach often outshone his scholarship and musicmanship. He strove to keep interest in the classroom by selecting masters with great imagination, in addition to exceptional scholastic qualifications. For 28 years, Griffith remained a loyal Ridleian, dedicated to the betterment of the school. It was thanks to his tireless efforts that the Memorial Chapel came to fruition, and he was always a consummate salesman, never afraid to campaign for the school and ask for donations.

Upon retirement he noted proudly that the school was free of debt and that it possessed buildings and property worth 1.5 million dollars. Dr. Griffith will forever be associated with this lesson for sports and for life: “If you lose, say nothing; if you win, say less.” He died on December 8, 1960. In 2016, Griffith was honoured with a posthumous induction as a ‘builder’ in the University of Toronto Sports Hall of Fame.