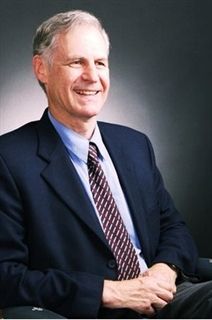 From London, Ontario, John R. Grace ’61 and his brothers, Robert A. ’55, D. Michael ’58 (Rhodes Scholar 1964), and Archie N. ’66 span 16 years of Ridley history as outstanding academics and athletes. Winner of the Mason Gold Medal, John enrolled at Western University, earning a B.E.Sc. in 1965. In his last year at Western, he was president of the University Students’ Council and won the gold medal in engineering. He was awarded an Athlone Fellowship to study at Cambridge University where he earned a PhD in Chemical Engineering in 1968.

John returned to Canada and taught at McGill University before accepting a position in the Chemical and Biological Engineering Department at the University of British Columbia. He served as Dean of the Faculty of Graduate Studies at UBC from 1990 to 1996. He is a world-renowned leader in the field of fluidization, chemical reaction engineering and clean energy. He has held a Tier I Canada Research Chair in Clean Energy and is a co-founder of Membrane Reactor Technologies Ltd., a company focused on efficient hydrogen generation and use.

John is a Fellow of the Royal Society of Canada, the Canadian Academy of Engineering, the Engineering Institute of Canada, and the Chemical Institute of Canada. He was awarded an honorary D.Sc from the Western University in 2003 and was recognized as an Officer of the Order of Canada in 2014 for his contributions as a chemical engineer—notably the development of cleaner technology for industrial processes and energy production. In 2021, John was the inaugural inductee to UBC’s Department of Chemical and Biological Engineering (CHBE) Hall of Fame. At his induction ceremony, John was also named the recipient of the Derek Geldart Medal from the Institution of Chemical Engineers, which recognizes individuals who have made a significant recent contribution to research in particle technology.
Each of the Grace brothers boast impressive careers. John is Professor Emeritus at the University of British Columbia, retiring in 2014. Michael ‘58 and Archie ‘66 have had distinguished careers in medicine in London, Ontario as a surgeon and a family physician respectively, and Robert ’55 as a Professor of Civil and Environmental Engineering at the University of Hawaii at Manoa. Michael’s daughter, Gillian followed in her father’s and uncles’ footsteps and graduated from Ridley in 1996. The Grace Family Award for Well-Roundedness, donated by the Grace brothers’ sisters Noelle, Mary and Gillian, is presented annually at the school.