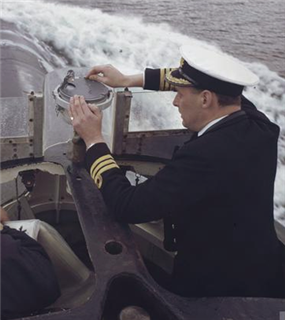 He was responsible at the time for the furthest submerged journey ever recorded and, with a diesel-powered submarine, for breaking the ice in the Arctic Circle. While there, Peter organized a game of Arctic cricket, perhaps the northern-most game of cricket ever played.