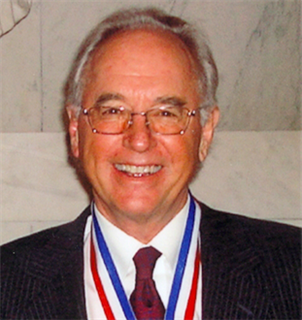 Born in Calgary, Alberta in 1941, Joseph Clark’s family moved soon after his birth to Seattle, Washington. Following his time at Ridley and studies at the University of Washington and Central Washington University, he began his career in aviation.

In 1965, he founded Jet Air, the first Lear Jet distributorship in the northwest United States. In 1981, he co-founded Horizon Air, a Seattle-based regional airline that was eventually sold to Alaska Airlines. He founded Avstar, Inc. in 1987 to market ex-military jet training aircraft to American companies and private individuals.

In 1991, Clark founded Aviation Partners, Inc. to design, manufacture, test, and market blended winglets—metal extensions that are bolted to the ends of an airplane's wings to help reduce drag and add lift, thereby maximizing fuel efficiency. A director of the Seattle Air and Space Museum and recipient of the Horatio Alger award in 2008, Clark was honoured as Aviation Entrepreneur of the Year and Lifetime Aviation Entrepreneur, receiving the Entrepreneur of the Year award in 2005.