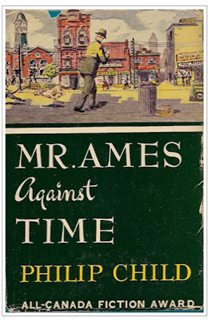 He was a journalist, novelist and poet and taught for a time at the University of British Columbia while writing several novels. In 1942, Child became a professor at Trinity College, eventually becoming Chancellor's Professor of English. The author of seven books, Child also contributed to A History of Trinity College, Toronto, 1852-1952. He won the Ryerson Fiction Award twice: in 1945 for Day of Wrath and in 1949 for Mr. Ames Against Time. He also won the 1949 Governor General's Award for Mr. Ames Against Time. Child died on February 6, 1978.