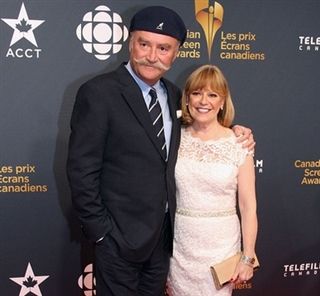 John Brunton is president and CEO of Insight Production Company Ltd., responsible for the development, financing and production of world-class television. Brunton joined Insight in 1976 and bought the company in 1979. He is also the CEO of Insight Sports Ltd.

As an Executive Producer of dramas, documentaries, award shows, comedy, variety series, sports, music, and other programmes, Brunton is noted for his ability to recognize current trends and transform them into extraordinary television by creating production teams comprised of some of the most talented people in the industry. Insight Productions has been recognized for its reputation for quality as the recipient of multiple Gemini Awards, four Emmy nominations, two Cable Ace awards, six American Film Festival ribbons, an Academy Award nomination, and numerous other film and television awards.

In recognition of its 35th anniversary, Insight Productions was honoured with the Academy of Canadian Cinema & Television’s inaugural Icon Award. The new award was established to recognize special achievements in the Canadian screen industry and was presented during the 2015 Canadian Screen Awards. Insight Productions also received awards for Big Brother Canada, The Amazing Race Canada and the 2014 JUNO Awards. In 2018, Brunton was named by the Governor General as a Member of the Order of Canada for his contributions to Canadian broadcasting.