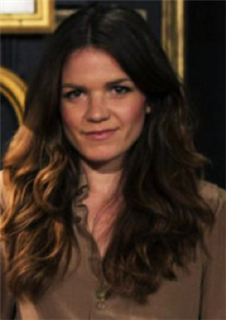 Winning the Hume Cronyn Trophy for Outstanding Performance for her role as ‘Rosalind’ in the school’s 2002 production of As You Like It set the stage for a career in theatre for Diana Bentley. Originally from London, Ontario, Diana followed her brothers Michael ’98 and Simon ’01 to Ridley, attending the school from 1998 to 2003.

She graduated with a BHA in English Literature from the University of Toronto before training in classical acting at the London Academy of Musical and Dramatic Arts (LAMDA). Upon her return to Canada, Diana studied at the Canadian Film Centre’s Actors Conservatory, joined the Soulpepper Theatre Company and was a co-founder of Rogue Theatre. Her film and television appearances include roles in Frontier, Channel Zero, The Expanse, Hemlock Grove, and 12 Monkeys. Now a Toronto-based actor and producer, Diana is also the co-founder and co-Chief Engineer of Coal Mine Theatre, an independent theatre in Toronto’s east end.