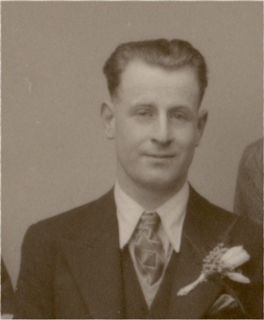 John Carstairs ‘Jack’ Arnell did chemical warfare research for the Canadian Army and was Assistant Deputy Minister (ADM) Finance for the Department of National Defence (DND). Arnell was born in Bermuda on April 4, 1918. At the age of twelve, he enrolled at Ridley College and later attended Dalhousie and McGill Universities. In 1924, at the age of 24, he received his Ph.D. in Physical Chemistry. A career with the Canadian Army in chemical warfare research followed from 1942-46.

After the war, Arnell joined the Defence Research Board in Ottawa. He was later appointed, in succession, Director of Scientific Intelligence and Scientific Advisor to the Chief of Air Staff and Chief of Naval Staff. Arnell was ADM Finance for DND from 1966 to 1972. He then acted as a Special Assistant to the Deputy Minister of DND until his retirement in 1973. Upon retirement, he took over San Isidro, the family home on Point Finger Road in Hamilton, Bermuda. He died in Bermuda in April of 2000.