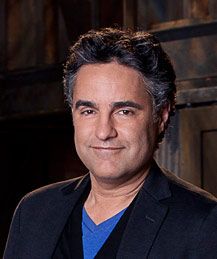 Croxon graduated from Ridley College in 1979, and went on to earn a B.A. at Western University in 1982. He has always been a strong supporter of education and has been known to tell children to “Stay in School”—particularly on his Twitter account.

Croxon’s rise to success began in 1988, when he pioneered the idea of digital dating. When the internet took off, roughly 10 years later, Bruce was at the forefront of the online dating market, with Lavalife, the website he co-founded. The brand quickly became a household name in the world of online dating and grew to over two million members.

Eventually, Croxon decided that he wanted to “go off-line” and divest of his online dating empire, and thus sold the company. Keen on starting something new, Bruce is working on a number of new ventures, including his own spa, Vita, a chain of high-end holistic spas in Canada’s west. In addition, he founded Round13 Capital, a capital venture firm dedicated to incubating digital start-up companies. Most recently, Bruce was seen as one of the dragons on CBC’s Dragons’ Den and has since been expanding his portfolio with a series of investments from the show.