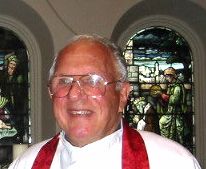 Over those years, Hunt counselled, taught, disciplined, and shaped the lives of hundreds of young men. It was during his tenure that the first girls joined the Lower School in 1985. Often known simply as “God,” he was a commanding presence in the classroom, on the sports field and in Chapel. He acted in numerous school musicals—perhaps most memorably as the Major General in Gilbert and Sullivan’s Pirates of Penzance in 1976. He coached football and rowing and was a fixture on campus for 26 years, raising his children in five different Ridley residences along with his wife, Nancy, the Lower School librarian and teacher.

Hunt built a dedicated and tightly knit group of teachers and staff who made the Lower School a supportive environment of learning and growth for a generation of Ridleians. Hunt served as the Honorary Assistant at St. Thomas Anglican Church, the parish church of Ridley College, in St. Catharines. He died in St. Catharines on October 25, 2018 at age 90.