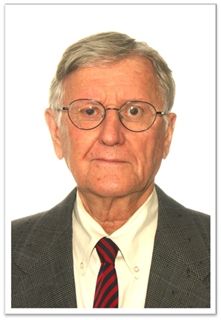 David was born in Kingston, Ontario and, following his birth, moved with his family to Alberta. After Ridley, he attended the University of Manitoba, editing the campus paper, The Manitoban in 1959-60 and graduating with a Bachelor of Arts degree in 1960.

He began his professional career in journalism with the Edmonton Journal in 1960, where he met and befriended future Prime Minister Joe Clark—then a student at the University of Alberta and a summer student with the newspaper. From there, David moved to the Winnipeg Tribune, was next appointed as News Editor for the Calgary Albertan in 1964, and became managing editor in 1966.

He moved to London, England in 1969 to take a position as European correspondent for FP Publications. He served as Ottawa bureau chief for The Globe and Mail. He became the managing editor for the Ottawa Journal in 1973, but the newspaper folded in the late 1970s. David wrote a 1978 biography of Joe Clark entitled Joe Clark: A Portrait. The book sold well and remains the only significant biography of Clark, who became Canada's Prime Minister in 1979. David then worked as an executive assistant to a federal cabinet minister and in 1980, founded the Humphreys Public Affairs Group Inc. in Ottawa, which specializes in housing and real estate issues. It has served both Canadian and multinational companies—as well as public sector organizations—and David continues to lead the firm.