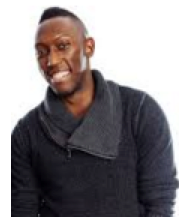 Winston left his home of Bermuda to attend Ridley from 2002-08. In 2012, he earned his Bachelor of Arts in Geography and Environmental Analysis and GIS at the University of Guelph. While at Guelph, he was President of the Geography Society in 2011-12, a member of the Marine and Freshwater Biology Society from 2008-12, and a University of Guelph Ambassador from 2009-10. He worked at the Bermuda Aquarium, Museum and Zoo before becoming an aquarist at the Ripley’s Aquarium of Canada in Toronto.

Winston was the winner of the Zealous Achievement Award in both Burgoyne House in the Lower School and in Merritt South in the Upper School—an award that proved to be prophetic. Wishing to be married in Bermuda, Winston and his now-husband, Greg DeRoche embarked on a fight for equal rights to same-sex marriage after the Registrar-General rejected their application to marry on the island. Taking their case to the Supreme Court, they won a landmark legal ruling in May 2017 that paves the way for same-sex marriage in Bermuda. Winston was named a ‘Bermudian of the Year’ in 2017 for his influential work. Though the ruling was ultimately reversed, Winston continues to be a strong advocate for marriage equality and  the LGBT community in Bermuda.

“At the end of the day if our story is used and people can derive strength and inspiration from it to affect change in a positive way that’s more than what either of us could ask for.” — Winston Godwin in The Bermudian