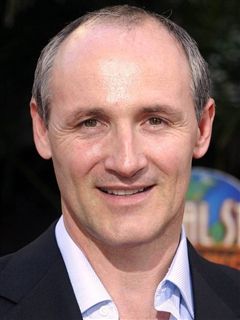 Cutting his acting chops while attending Ridley, Feore starred in many plays. In 1976 the school took a production of Marat/Sade to a Regional Showcase where Feore won the Outstanding Performance Award. Within the school, he was the recipient of the Best Actor Award three years in a row from 1975-77, and the Public Speaking Contest in 1976. In his graduating year, he was the Commanding Officer of the Cadet Corps and winner of the Mason Gold Medal.

Feore honed his acting skills as a member of the Acting Company of the Stratford Festival of Canada, North America’s largest classical repertory theatre. He spent 16 seasons at Stratford where he rose from small parts to leading roles. Feore returned in 2006 to star in four productions. In 2009, he played the main role of Macbeth in Macbeth, the main role of Cyrano in Cyrano de Bergerac and, in 2014, Lear in King Lear.

In Canadian film, Feore’s most famous roles were as Prime Minister Pierre Trudeau in the critically acclaimed television mini-series, Trudeau—a role for which he won a Gemini Award for Best Performance by an Actor in a Leading Role in a Dramatic Program or Mini-Series; as classical pianist, Glenn Gould in the 1993 film, Thirty-Two Short Films About Glenn Gould; and as by-the-book anglophone detective Martin Ward in the box-office hit Bon Cop, Bad Cop.

Outside Canada, Feore has appeared in numerous film, theatre and television roles. He also has appeared on Broadway as Cassius in the production of Julius Caesar, which starred Denzel Washington as Brutus. Off-Broadway, for the Public Theater, Feore was Claudius in a Hamlet production that starred Liev Schreiber. Feore portrayed the First Gentleman Henry Taylor on the seventh season of 24; appeared as Tad Whitney in The West Wing's second-season episode titled "Galileo"; and  billionaire suspect, Jordan Hayes in the 2011 Law & Order: Special Victims Unit episode "Flight."

In 2013, Feore was made an Officer of the Order of Canada "for his contributions as an actor of the stage and screen, notably by bridging Anglophone and Francophone cultures as a fluently bilingual performer." In April 2019, he received a Governor-General's Performing Arts Award for Lifetime Artistic Achievement in Film.