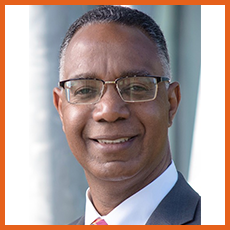 Prior to his time at Brandon, Fearon served several other academic positions, including as the Dean of The G. Raymond Chang School of Continuing Education at Ryerson University; Associate Dean at York University’s Atkinson Faculty of Liberal & Professional Studies; a Visiting Scholar at the University of Washington; and an Associate Professor at York University.

Besides academic achievements, Fearon's career includes several years in the Ontario government in roles as senior analyst at Treasury Board Division, Ontario Ministry of Finance; and executive assistant to Deputy Minister at the Ministry of Agriculture, Food and Rural Affairs. He has also served on several boards, including as President of a community social services organization.

Fearon is passionate about the role of post-secondary education in supporting regional development and has served on numerous community boards and helped champion significant community development initiatives.
Back