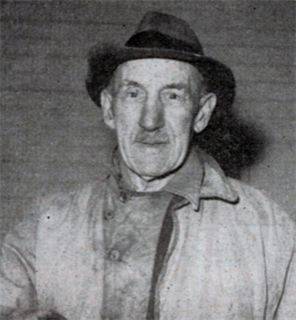 In 1917, Pro came to Ridley as both groundsman and cricket professional, coaching the sport from 1917-49 and winning 15 Championships along the way. His physical efforts and tireless dedication to his work were critical to the success of hockey at the school during that period. Ridley's boys had such affection for him that they made excuses or looked for work they could do at the rink, just to be around him.

After two years of valiant attempts to make ice in a climate that did not want to cooperate, on December 8, 1950, Pro was chosen to drop the puck on Ridley's brand new artificial ice, a moment which ushered in the modern era of the game at the school.  “Pro died in 1968 having influenced more Ridleians than he could have ever imagined," reflected historian Paul Lewis. "His life was very happily 'consumed in service.'"