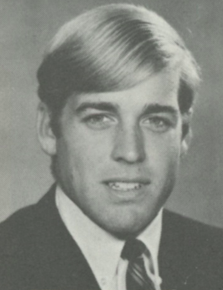 While at Ridley, Jim played Lower School Soccer and Hockey and excelled on the run. In Upper School, he not only continued to dominate as a runner but also found rowing. In 1972, representing his home of Bermuda, Jim was an Olympic oarsman at the Munich Games.

Not content to leave that as his last accomplishment, Jim went returned to the road and has now run the Boston, New York, London and Commonwealth Games marathons—in addition to cycling at the World Masters Games. In 1981, Jim put it altogether, finishing the Hawaiian Ironman Triathlon in an impressive 7th place.