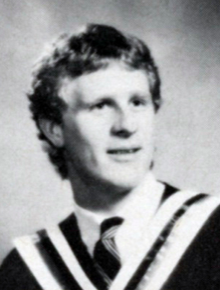 Darby was MVP for the First soccer team, two-time Oarsmen of the Year, and winner of the Stotesbury, Canadian National and Henley Royal Thames Cup Challenge Championships—and that was just in high school.

The next step in Darby's athletic career was on Canada’s west coast, where he rowed at the University of Victoria and joined the Canadian National team. Over his four-year career, he competed at two World University games, the Commonwealth Games, the Pan Am Games, and the 1988 Olympic Games in Seoul. Darby's greatest sport memory is tied between winning the 1985 Men’s 8 at Schoolboy and walking into the Olympic Games' opening ceremonies.