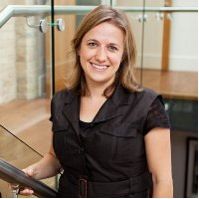 Until June 2015, Alison Loat was the Co-Founder and Executive Director of Samara, a non-partisan charitable organization that works to improve political participation in Canada. Samara was formed out of a belief in the importance of public service and public leadership. Their research and educational programming began with the initiation of Canada's first-ever series of exit interviews with 65 former Members of Parliament. Starting in January 2016 Alison will be working on the senior management team of a Boston-based healthcare IT start-up that provides education to clinicians. Evident from her experience, Alison enjoys working at small, entrepreneurial organizations and helping them grow.
Alison is also the co-author of Tragedy in the Commons: Former Members of Parliament Speak Out About Canada's Failing Democracy, published in April 2014. She previously worked at McKinsey & Company and co-founded Canada25, an organization that successfully involved thousands of Canadians under 35 in the development of public policy. For her public service work with Canada25, she was chosen as one of Canada's Top 25 under 30 by Maclean's magazine and in 2005 she received the Public Policy Forum Young Leaders Award. Alison completed her undergraduate studies at Queen's University and completed her Master of Public Policy at the Harvard Kennedy School of Government. She is also an associate fellow and instructor at the School of Public Policy and Governance at the University of Toronto.
Back